With the re/insurance industry still coming to terms with the UK Supreme Court’s recent business interruption ruling, we polled our industry contacts and had 270 responses on whether or not they agreed with the outcome. 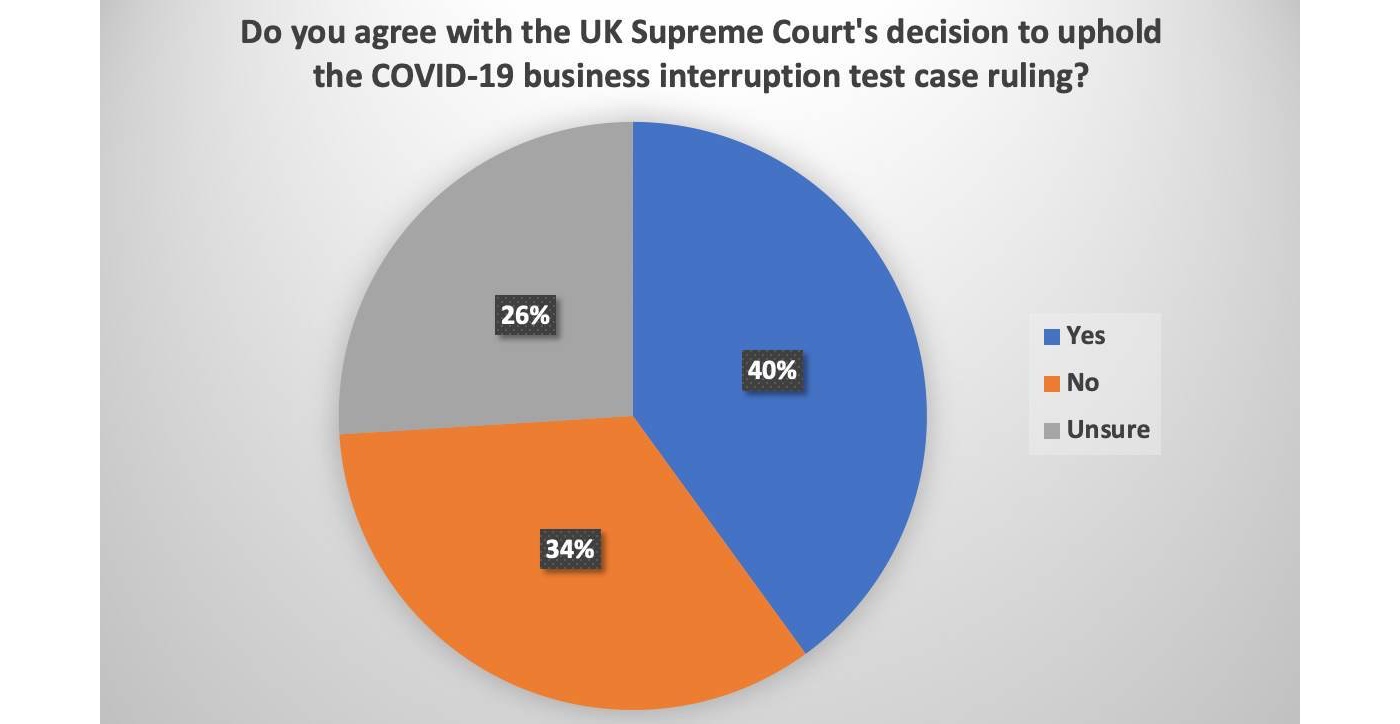 Despite a slim majority siding with the decision to uphold the original High Court ruling, responses showed a clear mix, with 34% stating that they were ultimately unsure over the matter.

Our poll results point to significant uncertainty regarding the eventual ramifications for the industry.

It’s believed that some 370,000 small businesses may have been affected by the outcome of the case, with analysts estimating that between £3.7 billion and £7.4 billion of claims are on the line..

QBE has said that the verdict will push it further into its aggregate reinsurance protection.

RSA followed with a similar announcement, while Hiscox said it had added a further $48 million to its 2020 estimate for COVID-19 BI losses.

Interestingly, the results of a poll by the Chartered Insurance Institute (CII) showed that two-thirds of insurance professionals felt that this saga has reduced overall trust in the sector.

29% felt the public’s trust in insurance had been greatly reduced, and 39% thought it had somewhat reduced the faith consumers have in policies paying out.

The Supreme Court’s summary of the judgement can be downloaded here.