Mumenthaler lays out key growth opportunities for Swiss Re

Christian Mumenthaler, Chief Executive Officer (CEO) at Swiss Re, has identified what he sees as key growth opportunities for Swiss Re and the wider reinsurance market, as well as some potential challenges. 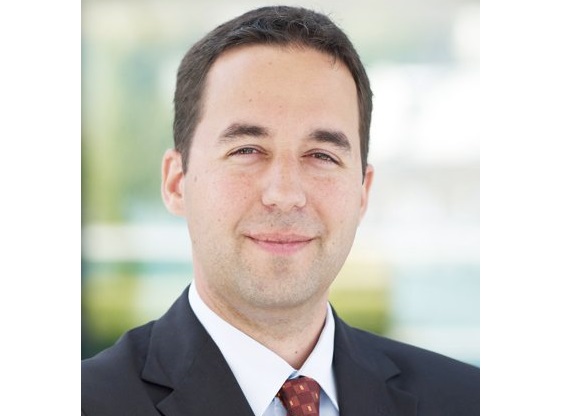 Speaking in an interview with Reinsurance News, Mumenthaler noted that insurers have been buying more reinsurance following the catastrophe losses of the last two years, with a distinct ‘flight to quality’ that favours larger reinsurers like Swiss Re.

Taking a longer-term view, most insurers over the past few years have centralised or are in the process of centralising their reinsurance purchases, meaning there is often now one purchaser of a large amount and a clear selection procedure.

The Swiss Re CEO also highlighted technological innovation as an area of great interest for the company, and as a potential avenue for further profitable growth.

“Technology is changing the entire re/insurance value chain, and we are working on many different projects in this field,” Mumenthaler remarked.

“One area of focus for us is looking at what would make our clients more competitive through the use of technology,” he explained. “This includes, for example, our white labelling digital insurance platform that can be used by insurance companies or other brands that want to sell insurance digitally.”

Swiss Re is also looking closely at any solutions that can held make it more efficient, and is in the process of building an internal data lake that would allow it to store and access data in a compliant way to improve its processes and risk modelling.

Mumenthaler also identified geographic expansion as a priority for the company, particularly in Asia Pacific, which it believes will become the main driver for re/insurance industry growth in the coming years.

The latest estimates from Swiss Re Institute, for example, show that the Asia Pacific region will probably account for 42% of global premiums in 10 years’ time, with China’s share at around 20%.

“We believe we can continue to grow there,” Mumenthaler asserted, noting that Swiss Re is currently the largest global reinsurer in Asia, sourcing more than 20% of its premiums from the region.

“Growth is not just expected to happen in China of course,” he continued. “Demographics and economic progression are expected to lead to an increased demand for insurance in other areas too, such as Middle East and Africa.

“We also see great opportunities for growth through large transactions, where we are quite specialised as a reinsurance company, and in the solutions space,” Mumenthaler told Reinsurance News.

“A key focus for us is on working together with our clients on innovative solutions that help improve their business and ultimately the offering to the end-customer.”

Finally, Mumenthaler pointed to some potential challenges to the growth of the reinsurance industry, particularly in terms of political and economic instability.

The growing trend of nationalism, protectionism and increased regulatory fragmentation has been discernible in markets around the world, and is a major concern for both insurers and reinsurers, he asserted.

“This is not only an adverse operating environment for re/insurers, it is bad for the consumer, as this trend will increase the price of insurance products and will in general hinder our chances of closing the protection gap,” Mumenthaler said.

The development of the US-China trade dispute is also something that Swiss Re will be watching closely, although Mumenthaler noted that the impact of higher tariffs on insurance premiums has been negligible so far.

“Over time, however, if there is further trade-war escalation, we believe global premium growth will be negatively hit by higher tariffs, particularly in marine and trade credit lines,” he stipulated.

The potential fallout from a disorderly Brexit may also form another headwind for some re/insurers, although Swiss Re remains confident that it will be able to continue operating seamlessly in the UK through the branches of its Luxembourg entities.