Hurricanes Michael and Florence, which battered the east coast of the U.S earlier this year, are likely to have caused insured losses of $10 billion and $4 billion, respectively, according to new estimates from reinsurance giant Munich Re. 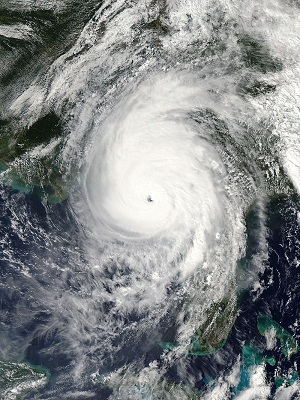 Insured losses from Hurricane Michael represent 60% of a total economic loss of $16 billion, Munich Re said, owing to the relatively high take-up of wind insurance coverage in the affected areas.

Michael made landfall along the central Florida panhandle in October as Category 4 storm with wind speeds of up to 250 km/h (155mph), making it the fourth-strongest storm to ever hit the U.S mainland.

Strong winds and storm surge of up to 8 feet devastated many coastal areas, particularly those with older buildings that did not meet the latest standards.

In contrast, insured losses from Hurricane Florence represent just 40% of a total economic loss of $14 billion due to the large flood component of the storm, which is not generally covered by standard homeowners’ insurance policies in the U.S, Munich Re noted.

Florence made landfall in North Carolina in September, lingering over the region for almost a week as it delivered record levels of rainfall and caused widespread inland flooding.

Munich Re’s report highlighted that take-up rates for the National Flood Insurance Program (NFIP) were fairly low in the Carolinas, while the maximum amount of insurance provided by the program is capped below the value of many homes.

The reinsurer’s latest Florence estimate compares with earlier figures from AIR Worldwide, who said industry losses would reach $4.6 billion, RMS at $5 billion, and CoreLogic at up to $10 billion.

Munich Re’s data shows sharp upward spikes for hurricane losses in four of the last 15 years in the U.S, representing a significant increase in frequency and severity of hurricane activity.

The report recorded a total of 15 tropical cyclones in the North Atlantic over 2018 (compared to a long-term average of 11.8), eight of which reached hurricane strength (compared to an average of 6.4).